Actions speak for our volunteer heroes, not self-aggrandising CVs 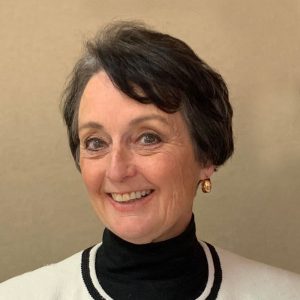 Our leaders need to encourage and support people power to carry us through the hard times ahead, writes Pru Goward.

Volunteerism has just saved Australia. If there is any doubt about the power of volunteering then the efforts of our volunteer firefighters, along with the drought-busting enterprise of women such as Grace Brennan, should have dispelled it. It is one of the greatest powers for good we have. And it’s free.

Brennan’s NSW Australia Day address tells you there is something different about volunteers. It eludes measurement and you know when it’s genuine because it is not on their bio.

As reported in The Sydney Morning Herald recently, Brennan’s Buy from the Bush campaign generated $2.6 million in revenue for its businesses in just six weeks late last year. It has continued to bring much needed money into struggling rural communities ever since.

Like many who see the need to make people’s lives better, Brennan did not see her campaign as a Band-Aid for people she felt sorry for. She saw it as an opportunity, and as their business opportunity, “not about pity … about joy”, she told her audience.

“Not about pity” is a recurring theme among people driven to set up organisations or campaigns so that others have a better chance. Pity is so self-limiting; it helps us see the problem but not the solution, it brings the coldness of charity, not the vision of hope.

Bringing joy, whether it is by buying beautiful homewares from the bush that also delivers income to that town – or providing toiletries for women escaping domestic violence, or pony rides for children with disabilities – is a critical part of making people’s lives better.

Dignity is another feature of the volunteer ethos. Grace Brennan understands the power of work and the dignity a sale brings to the despairing family struggling with the drought in outback NSW.

It has become almost compulsory for successful people to do charity work and feature it under a special heading on their curriculum vitae. Often extra brownie points are awarded to the scholarship applicant who, by age 23, has completed a straight-distinctions degree, rowed for Australia, worked part-time as a cryptic crossword writer and, extraordinarily, found time (and had the maturity, wisdom and commitment) to establish their own charity. Goodness.

Not Grace Brennan. She confessed to her audience that the event organisers had asked her to send them her bio. “Bio? What bio?” she asked, adding she had never thought to write one.

It is true of most volunteers; they do not see what they do as noteworthy, as improving their marketability or demonstrating their values to a prospective employer. If they work, too, they forget to mention the volunteering at the job interview unless, maybe, it’s a firey needing time off work.

We know volunteerism is what makes communities functional and resilient. Yes, we see that mostly in national crises such as war but it can work the same magic every day in communities that may struggle a lot or a little. It’s why poor country towns do so well on national happiness indicators and enjoy low crime rates while their equally disadvantaged suburban counterparts flounder.

Volunteering forges the bonds that strengthen us all in a way no amount of money can. Of course, the irony is governments cannot make this happen. By its nature, volunteering needs to come from within individuals. Attempts to impose it can be sad affairs.

Take Gen-Xers, who apparently prefer companies that will provide them opportunities to volunteer and raise money for worthy causes. I once met a bunch of up-and-coming executives at a Sydney law firm filling nets with oranges at a food-recycling charity.

Then there were young corporate women who spent a day in the bush with a group of Aboriginal girls and, while they gushed about how amazing it was, they never went back, either. Was that the best use of their skills? How much good did it bring their target group? Was there a better way of building team spirit and community resilience?

Perhaps Australia’s leaders could take a closer look at what volunteering actually does, and what it needs, and then invest in enabling real, not token, effort. It needs deep thinking and doing. Endless talk about social inclusion will not create it.

Australia now needs to think about how we can turn this enormous human force into a permanent people power to carry us all through the good times and the bad. It’s going to be a long, hard century without it.